"If this is to be our end, then I would have them make such an end as to be worthy of remembrance."

—Théoden, King of Rohan, Lord of the Mark, Horsemaster, Father of Horse-men, as quoted by Peter Jackson's film adaptation of J.R.R. Tolkien's "The Two Towers"

We all thought last night might have been Twitter's last--and it was one of its best nights ever. After the deadline to check yes or no on Elon Musk's ridiculous internal "extremely hardcore" email passed, reports of mass resignations went up side-by-side with last-day-of-the-school year farewell posts and defiant, bittersweet sign-offs by Twitter employees (many collated in this thread):

As I wrote back in April when news of Musk's plans broke, purchasing a huge, mature online community and trying to turn it into something else has basically never worked. Similarly, purchasing a company that's run by good people working hard to help make the world a better place and demanding they jump through petty hoops in returned employment they could easily get anywhere else? Not great for talent retention.

I've started, re-started, deleted, and re-started about 17 "Elon bought Twitter and now look what happened" posts--but he did loud and stupid things so often that I couldn't keep up. And then one of those things was deciding to kill Revue, the platform I've used to publish *Gimme Schalter*, and suddenly I had to stop writing my newsletter and start migrating it.

But the truth is, Revue was already on life support. New features were nowhere to be found, support response times were slowing, and stuff that had never before broken started breaking. Twitter had also launched this weird "Twitter Write" thing, a sort of on-app newsletter? And they changed the official @Revue account's handle to "@TwitterWrite," though the two programs were clearly not the same (and pretty clearly in direct competition with each other). Now, they're probably both dead.

Over the last few months, I'd noticed Substack was introducing a lot of cool new features: An app that gives you a feed of all your subscription's new issues, alerts you when people you follow on Twitter join Substack, in-app and on-site recommendations for newsletters to subscribe to. Discoverability and growth are incredibly hard for newsletters, and Substack was going incredibly hard to help. And as Twitter went up in flames, Substack launched all kinds of Twittery faves: group chat, mentions, even checkmark badges.

But given Substack's recent history of intentionally platforming transphobes, and even-more-recent history of spouting right-wingy, libertarianesque maxims to defend indefensible business decisions, I couldn't move my platform onto their platform.

Instead, I went with Buttondown.

It's light, it's powerful, and it's run by a human. It's a *lot* more customizable than Revue, but also requires more technical knowhow than Revue. I was able to import my full archives, and re-skin my Buttondown site and emails to look recognizably *Gimme Schalter*\-ish--but it took a few days' worth of wrangling DNS, CSS, and other web-dev acronyms I haven't touched in a long time. But the developer and owner, Justin Duke, went the extra mile to help me every step of the way!

Please let me know if you're having any trouble (or have any requests) and I'll make sure it gets figured out.

If Twitter still exists next week, I'll go more deeply into what I believe is Elon's true vision for the future of Twitter, and why it might actually be interesting. If not, keep tabs on this space (and spore.tyschalter.com, not to mention plain old tyschalter.com) for where you can find me. 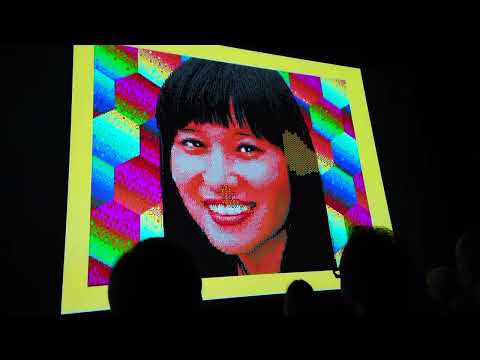 Well, uh, as you might imagine, the whole migrating-newsletter-platforms thing took away a lot of my writing time. And then writing and re-writing several versions of an Elon-versus-Twitter issue took even more. I've been absolutely buried all November, and at this point it looks like I'll be lucky to get ONE thousand new words on the page, let alone fifty. But if the good people of Twitter will not succumb to the fail whale, then neither will I.

You just read issue #48 of Gimme Schalter. You can also browse the full archives of this newsletter.